I’ve been re-reading the definitive history of the Craven’s sweet factory, and there’s a paragraph that is so wonderful that I must share it with you:

“The story… of the well-known firm… is before all else the story of the business acumen and the brave endeavour, devotion and pertinacity of one bereaved and lonely woman; and one which gives the lie direct to the foolish legend that has grown up in the twentieth century concerning the alleged helplessness of Victorian women.”

That was written by Charles B. Knight in 1948, and I wish I could meet him and shake him by the hand. Not only did he lay the ground work for any researcher interested in the history of Craven’s, but he was also a man after my own heart because he rejected a popular myth: the myth that women couldn’t run businesses until the twentieth century. Where did this nonsense about Victorian women come from? Why is there an assumption that Victorian women were helpless? Who was it that first claimed that women in the Victorian era weren’t allowed to run businesses and why did they say it? What were they trying to achieve? Were they trying to write women’s achievements out of history?

Take note: if you are studying history (or if you are studying anything) never believe something just because everyone says it; always be that annoying person who asks “says who?” or, better still, “y tho?” I seriously love it when one of my work experience students says “y tho?”; that’s when I know I’ve got a good one, one that’s going to ask questions.

I hope that you will indulge me for a moment because I need to go on a little rant about the people who don’t asked themselves “y tho?”. I was watching a pseudo-documentary on the BBC a few years ago and I saw something that made me want to throw my coffee cup at the production company. The show was an historical reenactment piece in which 21st century families had to run shops in a Victorian street for a week (or it could have been a year — who knows, who cares? Not I…). One family had to run the bakery, and although the mother was a trained baker (and her husband had no idea what he was doing) the makers of the show told the family that the mother had to stay out of the bakery and leave her husband to sink or swim. The makers of the show claimed that this was because women in the Victorian era weren’t allowed to work in business. This is poppycock.

I can’t ask my readers to put their hands up if they had a female ancestor who ran a business in the Victorian era (well, I can but maybe it would be better to have a show of hands in the comments section…?), but I can be sure that plenty of people reading this will have a story to tell of a female relative who was a local hero in business. If any of my family are reading this they might be interested to know that (take a deep breath, this is going to be a long sentence) our grandma Jennie Willis’s grandma Maria Fountain ran an “eatery” (probably a greasy spoon cafe) in Fox & Knot Court in Snow Hill in London back in the days before Smithfield Market was built over it. It wasn’t small either, she had staff; and she wasn’t pretending to be a man, she’s definitely in the census as a woman.

So anyway, back to the TV show that made me want to throw my coffee cup; the poor dad had to run the bakery and it all went wrong for him (because running a bakery is a skilled job even with modern machinery, and you can’t just guess your way through it) which must have pleased the producers of the show because that’s what makes “good TV”.

You know what would have made better TV? If the mum had been allowed to run her bakery and had let us (the viewers) in on all the mysterious secrets of baking in the nineteenth century; the way that she’d have to hold a strip of brown paper into the huge, coal-fired ovens to see if they were the right temperature by judging the paper’s burns with the practiced eye of fortune teller; or the process of cultivating live baker’s yeast like an alchemist coaxing a base metal into gold; or the sheer delight of using Victorian sugar moulds to make the kind of cake decorations that we can only dream of in the twenty-first century (Terry’s had a massive set of sugar moulds in the shape of the York city walls — I’ve seen them, they are even more magnificent than they sound).

In short, the program makers could have made a brilliant show about empowered women of the past, but my experience of working with television production companies (which is lengthy) is that programs are underfunded, and rather than hire a genuine expert on the topic that they’re covering, producers will rely instead on rehashing the same old myths that “everyone knows”, and this is why I’m writing a blog. I just can’t let it go any longer; I have to write down the history of Chocolate City once and for all, because there are some myths that need debunking. The first one that I want to debunk is the myth that women were not allowed to run businesses.

I’ve been through the records and as a starter for ten I’ve got the list of people recorded as running their own confectionery businesses in York in 1840. These were just the confectioners. There were women in all kinds of other areas of business too.

Confectioners running their own businesses in the City of York 1840

Don’t misunderstand me, women at this time didn’t have it easy; the patriarchy was crushing them in a myriad of other ways, but let’s not dismiss the achievements of women at that time who managed to run businesses, and who were legion. If we tell ourselves that they didn’t exist doesn’t that mean that the patriarchy has won a little victory over everyone?

If you’re reading this and you still believe that women in the Victorian era were perceived as weak and were not allowed to run anything then ask yourself this question: who was ruling the British Empire during the Victorian era? If you do not know the answer to that question then I cannot help you… 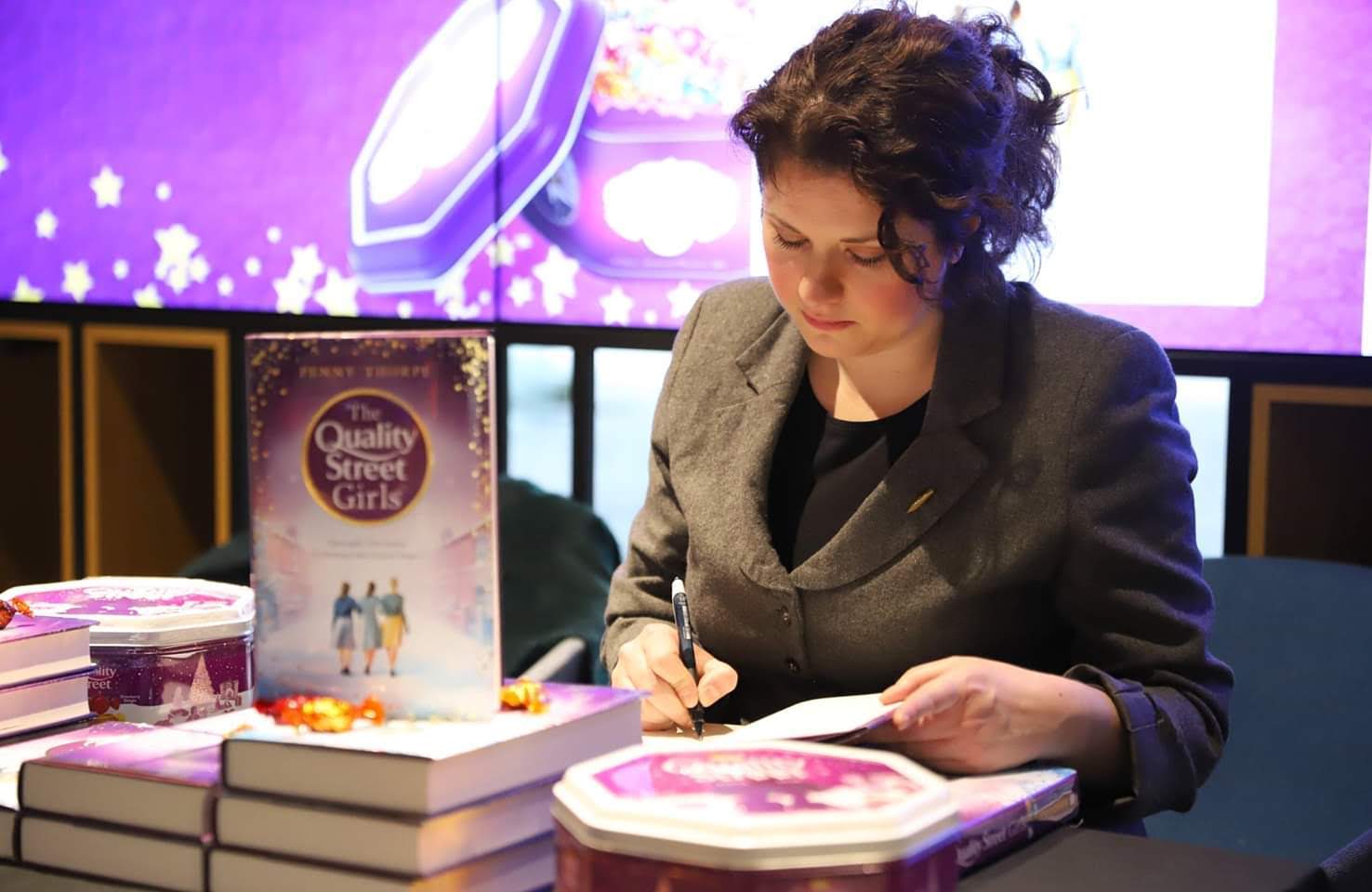